Green Day have announced they'll be performing at the American Music Awards on Sunday, November 24. 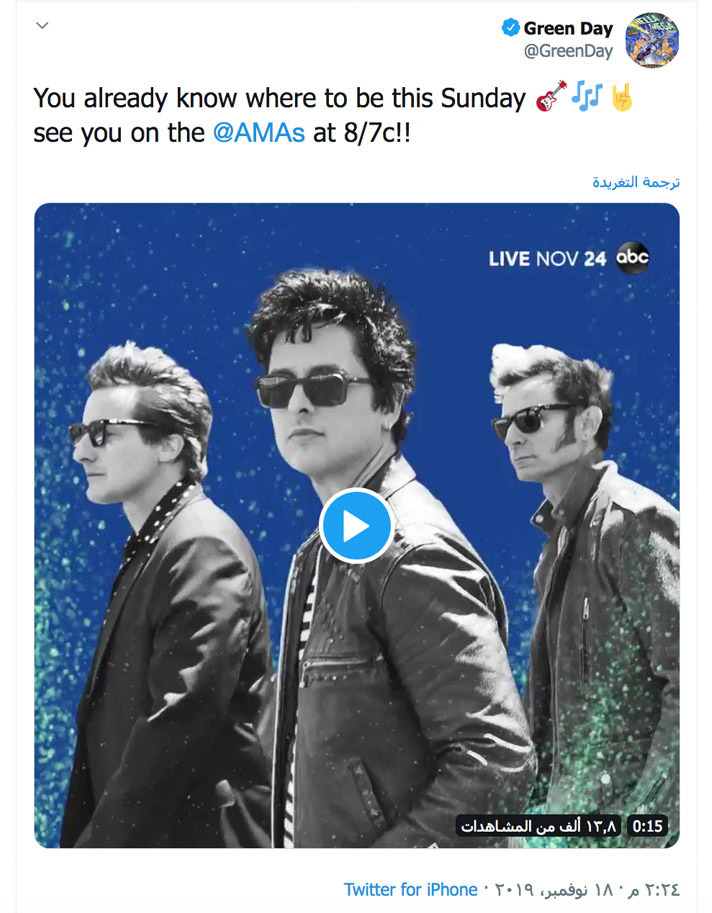 In an Instagram post, the AMAs have described the "special performance" as "celebrating the 25th anniversary of their album, Dookie." It will air on ABC.

The band's last appearance on the AMAs featured Bang Bang and their infamous "no Trump, no KKK, no facsist USA" chant. Watch that again here: